How to keep the color of white things

Any fashionista should have at least a couple of white things in her wardrobe – they perfectly refresh the look and emphasize the figure. But if such products are washed incorrectly, they may change color. There are several universal recipes for preserving white in its original form, which every housewife needs to know..

Serious contamination is almost impossible to remove with a standard powder. In such cases, bleach is used. They come in three types: optical, chlorine and oxygen..

The most aggressive of them are chlorine-containing. They contain chlorine, which makes them very effective. But they should not be used when washing things made of chiffon, silk and other delicate fabrics that require special treatment. Also, calico bed linen should not be bleached often, as this can lead to destruction and thinning of the fabric. Chlorine bleaches are ideal for stains on heavy fabrics such as jeans..

The most expensive bleaches are oxygen bleaches. But they can be used to wash children’s clothes: they do not cause skin irritation and allergies. Also, they do not destroy the structure of the material: the fabric is not exposed to strong chemical attack, due to which it remains intact. Moreover, colored items can also be processed with such bleaches, even in insufficiently heated water..

Optical brighteners contain substances that visually lighten the fabric. In fact, they color things without penetrating deep into the structure of the fabric. Therefore, it is not necessary to expect high-quality cleaning from them – optical brighteners are designed only for a visual effect..

If for some reason the use of household chemicals is undesirable, then methods often referred to as “folk” come to the rescue. At the same time, the main tool for returning white fabric is three percent hydrogen peroxide..

For 2 liters of water heated to 40-50 degrees Celsius, one teaspoon of peroxide is taken. If the contamination is too great, you can add a few grams of soda ash. By placing the item in the resulting mixture for 10 minutes, you can achieve a noticeable visual effect in bleaching. The main thing to remember: the higher the temperature of the water, the better the bleaching occurs. After that, the thing must be rinsed well..

Another option for gentle bleaching is associated with the use of ammonia. For 2.5 liters of hot water, take half a tablespoon of hydrogen peroxide and the same volume of ammonia. Soiled items should be left in the resulting mixture for 30 minutes, then rinsed.. 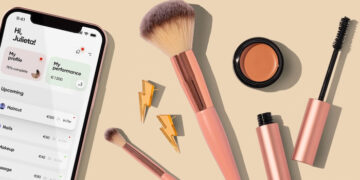 How to use the services provided by Glambook correctly

How to choose the right clothes for schoolchildren

Lubricate the body with celandine juice, and then go to the beach.

How to make the interior of the living room modern?