This is a whole cave temple complex Qianfodong. If translated into Russian, then you can call it all “The Cave of a Thousand Buddhas.” However, more often the complex is called Mogao – after the name of the largest cave.

In total, 492 sanctuaries are located in this place. All of them were decorated for a whole thousand years with frescoes and numerous sculptures, starting from the 4th century (353-366 AD).

Mogao is considered the earliest Buddhist temple, along with a similar complex in Bezeklik. It is the world’s greatest treasure trove of Buddhist art. The area of ​​the entire complex is 42 thousand square meters. m. The complex is located in the very east of the desert called Takla Makan. During its heyday there were 18 monasteries in which monks and nuns lived (more than 1400 people). Those who created lived right there – many artists, translators and calligraphers.

Here, multi-figure paintings with glue paints predominate. A large number of frieze-like paintings occupy the entire space of the caves, they are distinguished by vitality and dynamism..

The total number of caves carved and dug by many generations of people is more than seven hundred, although only 492 have statues and frescoes. There are different caves to visit and therefore, in order to see more, you will have to come here more than once.

So that people could learn more, get acquainted and see, a museum was built next to the cave complex. It contains the most interesting facts, exhibits and copies of everything that is inside this grandiose building. Some caves have even been recreated. This is very convenient for tourists, since it is impossible to visit all the caves at once, but here everything can be seen in the public domain.

For those who come here for a few days, they can stay in a cozy hotel located here..

The local authorities monitor the Mogao complex with great scrupulousness, which does them credit. After all, this is the heritage of not only all of China, the entire Buddhist culture, but also of all mankind..

This complex has been under the protection of UNESCO since 1987. It is noteworthy that for many centuries the caves were unknown to anyone (except for the local population), and only at the beginning of the 20th century did work begin to reanimate this great underground man-made complex, called Mogao.

Tourists from all over the world tend to come here to see with their own eyes the majestic Buddhist creations, to get acquainted with the history of the great religion.

Development of the fetus during pregnancy 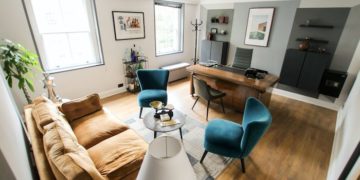 How to clean linoleum

How to tidy up the bathroom

How to choose a combo and which one

Loans in the USA: what you can get a loan for and what affects your credit history

Vitamins for the body